You are here: Home > Home 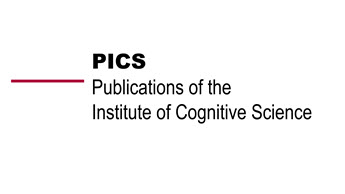 The series PICS - "Publications of the Institute of Cognitive Science" - has been revived to make particularly successful theses, project reports and work results from the Institute of Cognitive Science available to the public. The first work to be published in the series is Nora Lindemann's master thesis, which deals with ethical questions of so-called 'deathbots', i.e. chat programs operated by artificial intelligence supposed to give the impression of being able to have a conversation with a deceased person. The paper, entitled "The Ethical Permissibility of Chatting with the Dead: Towards a Normative Framework for 'Deathbots'," is now available in full text as an open access publication via the University Library's OsnaDocs repository. 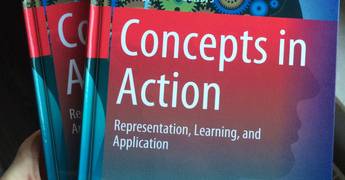 Concepts lie at the core of human cognition, and concept research is a highly interdisciplinary field. This edited volume provides a unique, holistic picture for the understanding and for the use of concepts combining theoretical, experimental, computational, and applied approaches.

The editors Lucas Bechberger, Prof. Kai-Uwe Kühnberger (both from the Institute of Cognitive Science) and Prof. Mingya Liu (HU Berlin) invited leading researchers from a wide range of fields including cognitive science, linguistics, philosophy, psychology, artificial intelligence, and computer science. A lot of thanks to the DFG who made this open access publication possible!

COMCO 2021 brings together experts studying the mind from a computational point of view for a better understanding of human and machine intelligence. Besides featuring top-class scientific talks and panel discussions this workshop also offers the opportunity to networking. Participants can present their latest research projects for a talk/ poster session.
The workshop took place online, on September 23 – 24. Check out the talks here. 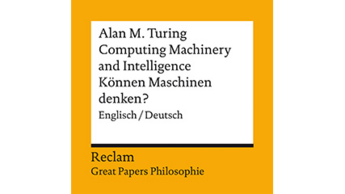 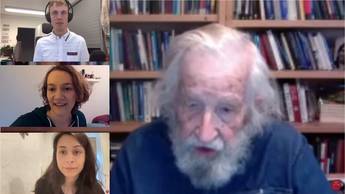 At the invitation of students at the Osnabrück University, the world-renowned American linguist Noam Chomsky was a guest in a digital Q&A session on April 23, 2021. Students of the Institute for Cognitive Science at Osnabrück University had invited the co-founder of cognitive science, who answered selected questions in the livestream. Noam Chomsky is professor emeritus of linguistics at the Massachusetts Institute of Technology (MIT) and is known for his research on the origin of human language. 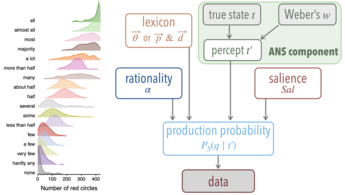 An influential view in philosophy and linguistics equates the meaning of quantity words (words like "many", "some" or "most") with a rigid logical representation. But experimental data seems to suggest that quantity words are used as if they have a fuzzy, prototype-like meaning representation. In a recent paper published in PNAS, an international team of researchers, including members of the Cognitive Modeling group, use modern tools, namely probabilistic modeling and statistical model comparison, to investigate which abstract structures best explain the observed use of quantity expresssions. They conclude that, if couched in a cognitively realistic model of word choice, a traditional logical representation of word meanings is at least as good, if not better, than a prototype-based representation. A brief video abstract summarizes the main findings. This research was funded by the DFG Priority Program XPrag.de.

"The Science of our Minds" – The official promotional video

What is Cognitive Science?

Many Universities nowadays offer courses or study programs in the field of "Cognitive Science". But when asked to summarize what this field actually is, even senior students struggle to answer.

This movie, created by Cognitive Science students from Osnabrück, Germany, tries to give an insight into the different disciplines that make up their subject of study.

What is Cognitive Science?: Read more